A Brief History of Brownies (the fae critters, not the dessert)

You're probably here because you've just read Root Bound or you know someone who has. Maybe you (or your friend) were confused by the brownies in the book. "What's this," you exclaimed to yourself, "these crazy little critters sure are cute, but why are they called brownies? I thought brownies were food. Hmmm, food. I'm hungry." And then you put the book down and toddled off to the kitchen to find something to eat.

Let's face it. The first thing that comes to your mind is that moist, succulent, chocolatey wonder of all desserts. They're square, or maybe sort of rectangular. Dark brown. Inviting. Go ahead, feast your eyes: 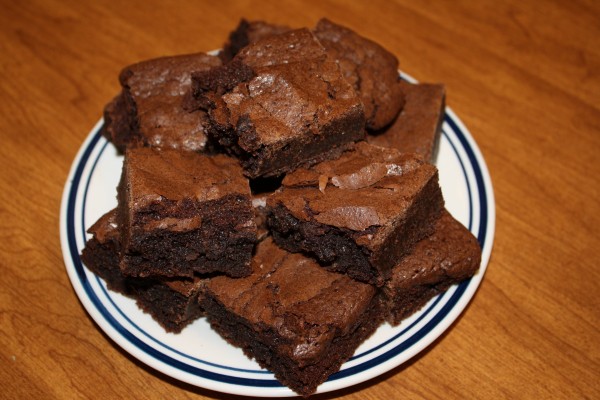 Oh, dear, I've made you hungry just mentioning them, haven't I? I can see you're not going to listen to anything I have to say until you get some. Sigh. Fine. You'll find some brownie recipes here, here and here. Go ahead. Make a batch. I'll wait.

Got your plate of brownies and a nice tall glass of milk? Excellent.

Now, down to business. Brownie business. No, the *other* kind of brownies. The critters, not the food. By Foundation, do try to focus. Really, again? Go ahead. I'll wait. Ready? Good.

And now, without any further ado, here is:

The Trew Historie of (fae) Brownies

Brownies (the magic critters) were first discovered in Scotland and Northern England. They are related to the Hob, or house-elf (such as Dobby in the Harry Potter series), and come from the same family tree as Hobgoblins (which may be house-helpers or big, brutish creatures, depending on who you read). They're not close enough relations to get together for family reunions or holidays, though, and they're not usually found together in the same stories.

According to folklore, Brownies live in human houses, and they're very handy to have around. They don't like daylight, but they are known to sneak out in the middle of the night to clean and perform small household chores. It is customary to leave them small bits of food (the traditional Brownies were very fond of honey and porridge), and home-owners would leave a small chair by the fireplace for the Brownies to warm their feet.

Anyone who has Brownies in their house is very lucky, indeed, but one has to be careful not to scare or offend them. You should never offer to pay your Brownies for their good work. If you do, they will disappear immediately. And don't ever take them for granted or try to take advantage of them or they will leave. So if you've got ideas about leaving your house chores to the Brownies while you kick back and relax, forget about it. They'll be gone in an instant.

Later in the 1800s, poems and drawings by Canadian humourist Palmer Cox were immensely popular:

Frank L. Baum was not a fan, however. In his 1908 collection called Baum's American Fairy Tales, one of his characters, the Ryl, says "Old nurses prefer to talk about those stupid fairies and hobgoblins, and never mention ryls to the children. And the people who write fairy tales and goose books and brownie books and such rubbish sit down at writing-tables and invent all sorts of impossible and unbelievable things" (Source)


The Brownies in ROOT BOUND

The Brownies in ROOT BOUND have had to adapt to living in a big city, where not many people have fireplaces or secret hiding places for the Brownies to use as their home. The Brownies started hiding in the walls in apartment buildings, and they used the ventilation system as a way to travel from one part of the building to another.

Over time, the Brownies discovered that some buildings have their own magic power, connecting them to the magic world of Under. Being magical creatures themselves, the Brownies followed the power down into the earth, where they build complex Brownie burrows deep underground. Although these underground Brownies can return to the surface, they usually stay close to home, where they mind their own hearths and feast on delicious root stews and stone soups. Their tendency to stay close to their underground homes explains why Brownies are rarely seen in big cities in the modern age.

Brownie Stories on the Internet:

Andrew Lang: The Brownie of the Lake
Palmer Cox: The Brownies: Their Book
George Douglas: Scottish Fairy and Folk Tales [1901]

Posted by Emma and the Elementals at 06:00

Emma and the Elementals